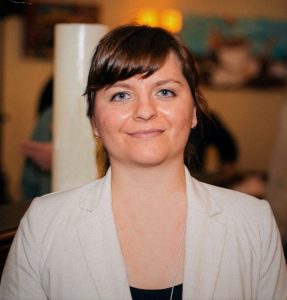 Amelia joined VINES as the organization’s first Executive Director in February 2016.  As a volunteer, Amelia began working with VINES in 2007 as a founding board member and the coordinator of the Liberty Street Community Garden.  Prior to joining VINES, Amelia worked for United Way of Broome County spearheading the Healthy Lifestyles Coalition’s Eat Well. Play Hard. Binghamton! project (a pilot initiative working to improve the health of families on the North Side of Binghamton) and the City of Binghamton as the City’s Sustainable Development Planner.  Amelia holds a Master’s degree in Agriculture, Food, and the Environment from Tufts University’s Friedman School of Nutrition Science and Policy. Having grown up on a farm in Otisco, NY, she enjoys working with other community members to make space in the urban neighborhoods for people to grow their own food and connect with the local environment. 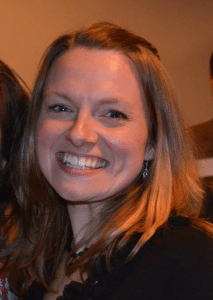 Kate joined the VINES team in 2015 as the Farm Share Manager and grew into a new role in 2020 as our Development and Communications Manager.   No stranger to farm life, she grew up on a dairy farm in Windsor, NY, where her family has been farming for 4 generations.  She received her BA in English from Penn State University and her Master of Arts in English from SUNY Cortland.  Her background also includes education both at the Early Childhood and Elementary levels.  She formerly taught fourth grade in the Baltimore City School District where she witnessed firsthand food insecurity and its effects on children and the surrounding community.  Kate spends her free time reading, running, doing creative activities with her daughter and sharing her deep love of the Binghamton area with anyone who will listen.  She loves working with the amazing volunteers of VINES to help bring healthy food from local farms to the people in our community! 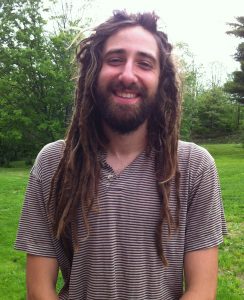 After helping VINES as the interim farm manager during the 2018 season, Kyle accepted the permanent position as Binghamton Urban Farm Manager in the fall of 2018. A Broome County native, Kyle developed his love of food and agriculture while working at Apple Hills during his high school and early college years. He received an associates degree from SUNY Broome and later went on to earn a Bachelors of Science in Sustainable Agriculture from Unity College in Maine. Kyle has traveled with the work-trade organization WWOOF and seen many different examples of organic production. In 2012 Kyle received his permaculture design certificate from the Aprovecho Sustainable Living School in southern Oregon. He has also worked at Johnny’s Selected Seeds research farm and the Mckay Farm and Research Center in Maine. Kyle is very excited to be in a position to provide fresh, healthy produce to the Binghamton community. In his free time Kyle works with his partner on their homestead and small farm operation. He loves being in nature, dreaming, designing, and building for a resilient and bountiful future
Contact: kyle@vinesgardens.org 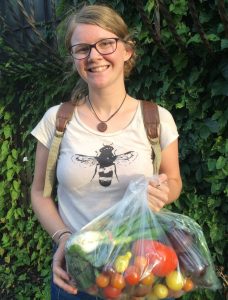 Hope stepped into the role of VINES’ Youth Program Manager in November of 2019. However, she began her relationship with VINES in 2017 as a Farm Share intern and subsequently as an AmeriCorps member with VINES in 2018 and as VINES’ Program Assistant in 2019. She received her BA from Binghamton University in Environmental Studies. Her love of agriculture and the environment is rooted in her childhood that was spent camping with her family and exploring the woods. Originally from Endicott, this area is near to her heart and she enjoys bringing the sustainable food movement home. Hope’s farming career began on a small garlic farm on Seneca Lake and the rest is history. In her spare time she enjoys growing food, hiking with her partner Anthony, camping, and exploring the community.
Contact: hope@vinesgardens.org 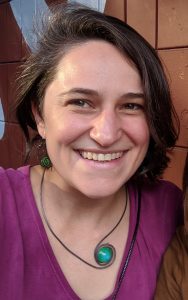 Christina is excited to join VINES as the Community Garden Manager in February, 2020. As an English as a New Language (ENL) and Permaculture specialist, she is passionate about facilitating the exchange of agroecological wisdom in multicultural contexts. Prior to joining VINES, Christina worked as an Urban Agriculture Career and Technical Education/ENL Teacher for a public vocational high school in New York City, and was founding Director of Agronomy for GreenPath Food, Ethiopia’s first certified organic fruit and vegetable company.  Christina first developed a passion for sustainable food systems as an undergraduate at Binghamton University, where she triple majored in economics, environmental studies and political science. She holds a masters in Teaching English to Speakers of Other Languages from CUNY, a Certificate in Horticulture from Brooklyn Botanic Garden, and has conducted graduate research in International Sustainable Agriculture at Wageningen University and Research Center in the Netherlands. Her experiences growing up in an immigrant family have inspired her to create programs where participants of diverse cultural, linguistic and economic backgrounds develop literacy, community, and food sovereignty through urban gardening, story-telling and social enterprise projects. 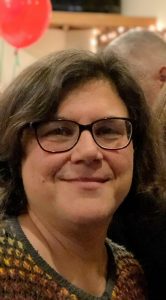 Alice happily made the transition from volunteer to Farm Share Manager in March, 2020.  Although she originally hails from downstate New York, she graduated from high school in nearby Windsor.  She studied music, English and Asian studies at Colgate University, where she received her BA, and also received an MBA in business administration from Binghamton University.  Her love of books, reading and writing quickly lead her back to the classroom, and she received her MAT in English, again from Binghamton University.  She taught as a K-8 general music teacher with Catholic Schools of Broome County, as a high school English teacher as well as at the college level at Tompkins Cortland Community College, SUNY Broome, Hartwick and Wells Colleges.  Alice credits her students with opening her eyes to the issues of sustainability, food security, the environment, and diversity through their writing and speaking assignments. She loves swimming with the Binghamton University Masters Swimmers at the YMCA where she also enjoys strength-training, running, doing yoga, and playing volleyball, when she isn’t hanging out with her dogs (and gardening in the summer).  She and her husband, Chris, are avid hikers, and the proud parents of three adult children, one of whom is an aspiring farmer. 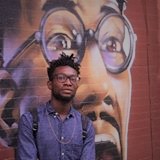 Jibreel is excited to have stepped into the role of Programming Assistant at VINES as it allows him to deepen his involvement in the Broome County community and carry out meaningful work that benefits his surroundings as a result. He received his BA in Politics, Economics, and Law from SUNY Old Westbury in 2017 and his MA in Public Administration from Binghamton University in 2019. Jibreel has worked in several roles at various organizations around Broome County, doing educational research as a Graduate Assistant through Binghamton University, tutoring Math and Reading for grades K-5 at Charles F. Johnson Elementary School, interning for the Broome County Arts Council, and giving much of his time to the Binghamton University Food Co-Operative. In his free time he likes to read books, drink tea, and take naps. 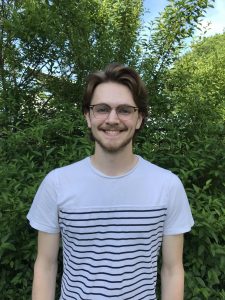 Jackson is excited to be working as the AmeriCorps Urban Farm and Youth Programs Assistant for the 2020 season. Being a student in the area, Jackson wanted to increase his involvement in the community and help with local issues such as access to healthy and affordable foods. He is a student at Binghamton University entering his fourth year majoring in Industrial and Systems Engineering with a minor in Sustainability Engineering. At the start of his term of service he had very little agricultural experiences, but is excited to learn and apply the skills and knowledge he learns on the farm. In his free time Jackson enjoys hiking, camping, and intramural sports. 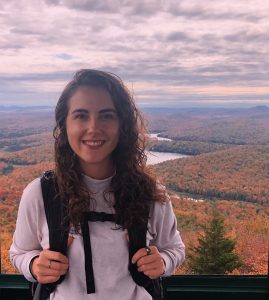 Christina joined the VINES team in May of 2019 as the Farm Share Intern and started her AmeriCorps position as the Farm Share Assistant in May 2020. Her undergraduate degrees in Psychology and Human Development from Binghamton University as well as her involvement in IDEAS, an environmental club on campus, cultivated her passion for community service and sustainability. She is currently midway through her master’s program where she will receive a degree in Public Administration with a special focus on Nonprofit Management and Sustainable Communities. When she’s not working at VINES, Christina can be found cooking, driving buses for her on-campus job, hiking, or going on walks, and she has recently ventured into gardening. She also volunteers with Binghamton Food Rescue, a volunteer-run organization that re-distributes unsold produce from local farmers to community members. Christina is passionate about food justice and as a Johnson City native, she is excited to give back to her community by continuing her work with VINES this season. 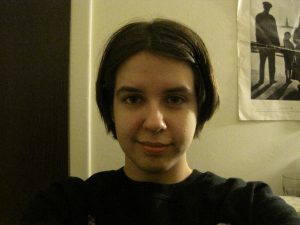 Nikkie is excited to join VINES this year as an Americorps member. A local resident, she grew up in the town of Binghamton, picking raspberries in the field behind her family’s home and tending a small garden in the yard. In high school she studied in the New Visions Sustainable Communities program. After high school, she attended Binghamton University, where she pursued her interest in ecological science and earned a Bachelor of Science degree in Biology. Nikkie interned in the education department at The Binghamton Zoo at Ross Park and was a FORCES environmental education steward in the Nature Center at Chenango Valley State Park. She became involved with VINES as a volunteer at the Binghamton Urban Farm last year. She hopes to make an impact on her community by helping to increase fresh food access and local sustainability in Broome County.