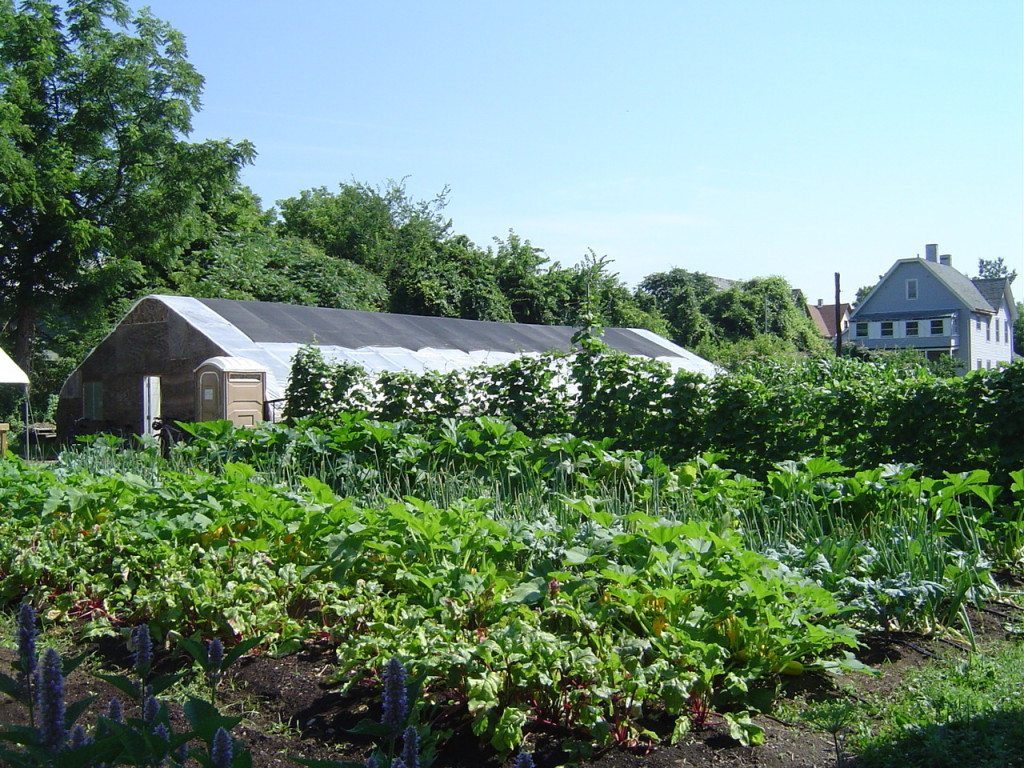 Learn about how you can  volunteer at the farm.

Looking for our farm-fresh produce?

**SNAP/EBT accepted at each location!!**

In 2018 the city of Binghamton acquired funding from the Federal Emergency Management Agency (FEMA) to purchase properties in flood prone neighborhoods which included many properties near the Urban Farm. These properties may no longer have houses or other structures built upon them and must be turned into green space, according to FEMA rules. The city now leases this property to VINES for the Urban Farm. This increased the farm from its original ½ acre to 2.25 acres.

Acquiring this land impacts many aspects of VINES programming. First, having more land allows VINES to employ more City of Binghamton youth through the Grow Binghamton Youth Program. The program growth permits a restructuring of youth leadership positions, creating further opportunities for local youth within the program. These positions create peer-to-peer accountability, increased communication skills, and personal responsibility. This expansion also allows VINES Farm Share to grow and distribute more food to more families in need throughout Broome County. Finally, it allows VINES to experiment with new, sustainable growing methods including the use of straw bale beds. This new, innovative method of growing is a way to minimize topsoil use, maximize organic matter, and elevate the growing surface above the compact lead contaminated soil.

Learn more about the expansion here. 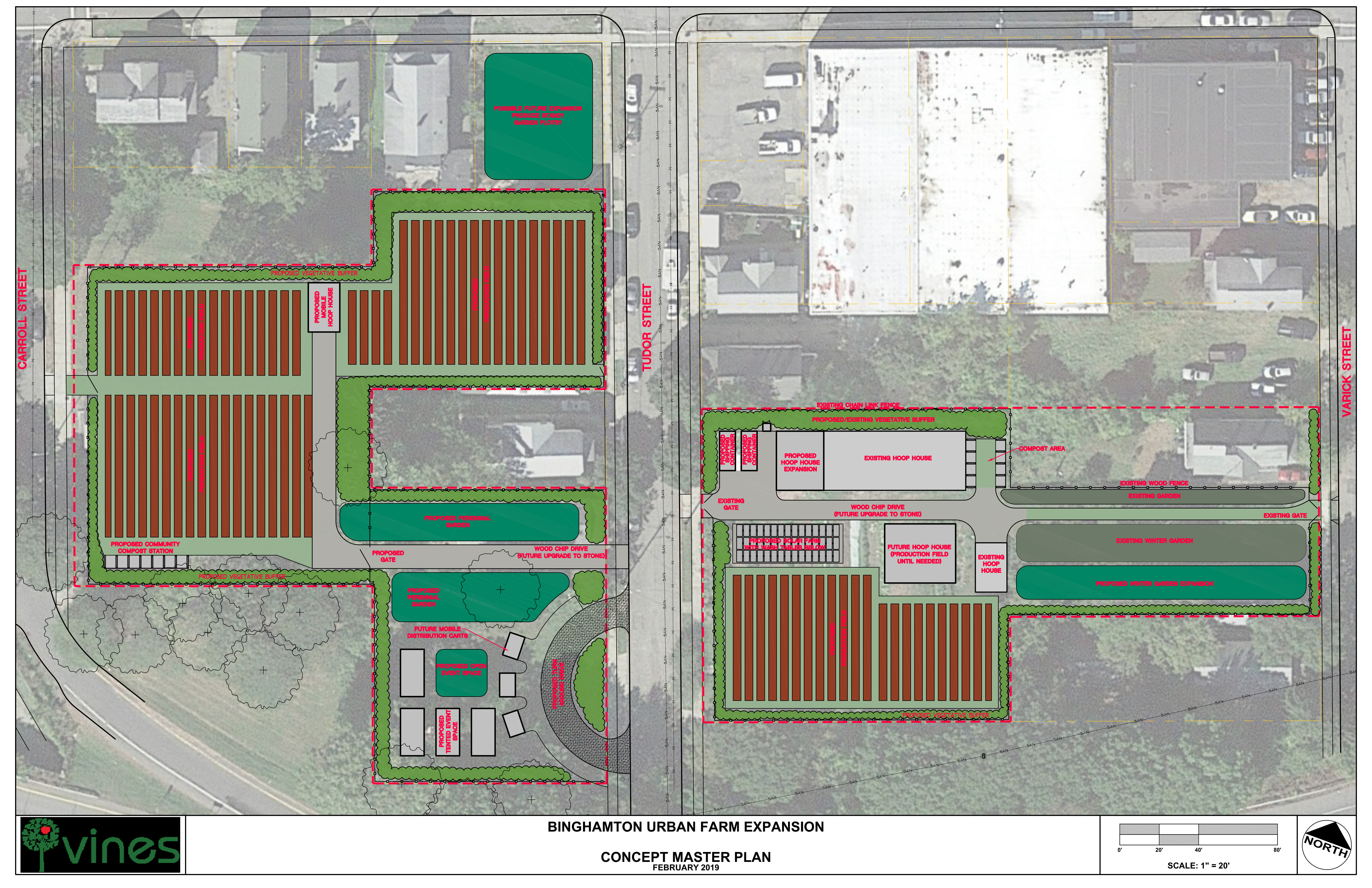 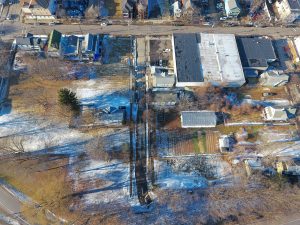 Started in 2010, The Binghamton Urban Farm provides healthy, affordable food to local residents and combats the pervasiveness of urban blight in the downtown region. The Urban Farm is located in the heart of the city at 16 Tudor Street in a flood-prone area that was formerly a series of four abandoned houses. Youth employees contribute to the farm’s tremendous growth each summer with the maintenance of greenhouse and outdoor vegetables and plants and help create a thriving community. The project has not been without its hardships, however—a flood in 2011 caused damage to both crops and soil and jeopardized the farm’s potential to move forward. It is only thanks to the persistence of our staff, volunteers, and donors that the Urban Farm sprung back to life and is now doing better than ever before.

The Binghamton Urban Farm enjoys healthy partnerships with local restaurants and organizations to support its programming. Urban Farm produce is available for sale at the Downtown Courtyard Market, at the on-farm Farm Stand and through its own CSA offered through VINES Farm Share. The farm’s produce is also used by several local restaurants.  A portion of produce is donated to CHOW, which distributes the veggies to local food pantries and families in need.

VINES also helps to manage the CHOW Farm in the town of Conklin, about 12 minutes from downtown Binghamton. Though this peri-urban farm is also in a flood-prone zone, thousands of pounds of produce are grown in its beautiful, fertile soil. The vegetables produced here supplement the Urban Farm Share and are sold on the CHOW Bus Market. With a potential 4 acres of growing space, the CHOW Farm is quickly and constantly expanding.