Three summers on an urban farm: My VINES Experience 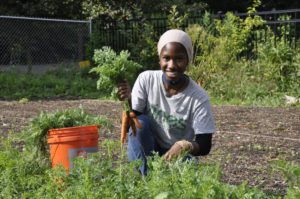 July 2014 was one of the most memorable times of my life. My friend Saarah told me about a summer employment program she had done the previous year with the local non-profit urban farm; Vines. I thought it was pretty cool that there was a garden right downtown. So after hearing about her experience, I applied and went through the extremely competitive hiring process. I was excited to hear that I was accepted for an interview, but since this was my first interview, I was extremely nervous. I remember how fidgety and awkward I was the entire time. Lauren Tonti interviewed me, and she was very nice about it, even so much as helping me finish my sentences when I lost my train of thought. If that wasn’t bad enough, I left my phone in her office on my way out. I was almost positive she wouldn’t hire me. So when I got a call a couple weeks later saying I got the job, I was pleasantly surprised.

This was my first job, so I went to work in the morning not knowing at all what to expect. But after introductions and many ice-breakers, (including the famous tennis ball game where we stand in a circle and toss a ball to each other while attempting to learn everyone’s names), I knew I would be having an amazing summer.  I made a lot of friends that summer, and even got over my fear of public speaking, and social encounters. Since I was homeschooled most of my life, this was particularly challenging for me at first. In fact, halfway through a debate this spring, I realized I wasn’t even nervous. And not only did I improve my social skills, but I also acquired a plethora of gardening skills and agricultural concepts thanks to my awesome supervisors; Lauren Tonti, Sean Cummings, and Natalie Hughes. Including; planting, weeding, shoveling, mulching, and other manual labor, as well as; crop rotation, soil cultivation, composting, companion planting, and container gardening. The last day of work, Lauren and Natalie gave everyone feedback on our work quality; pointing out our strengths and weaknesses. I felt this was very beneficial for our future experiences, especially in school and work. I knew right away what I needed to work on if I wanted to apply again next year.

“I made a lot of friends that summer, and even got over my fear of public speaking, and social encounters.” 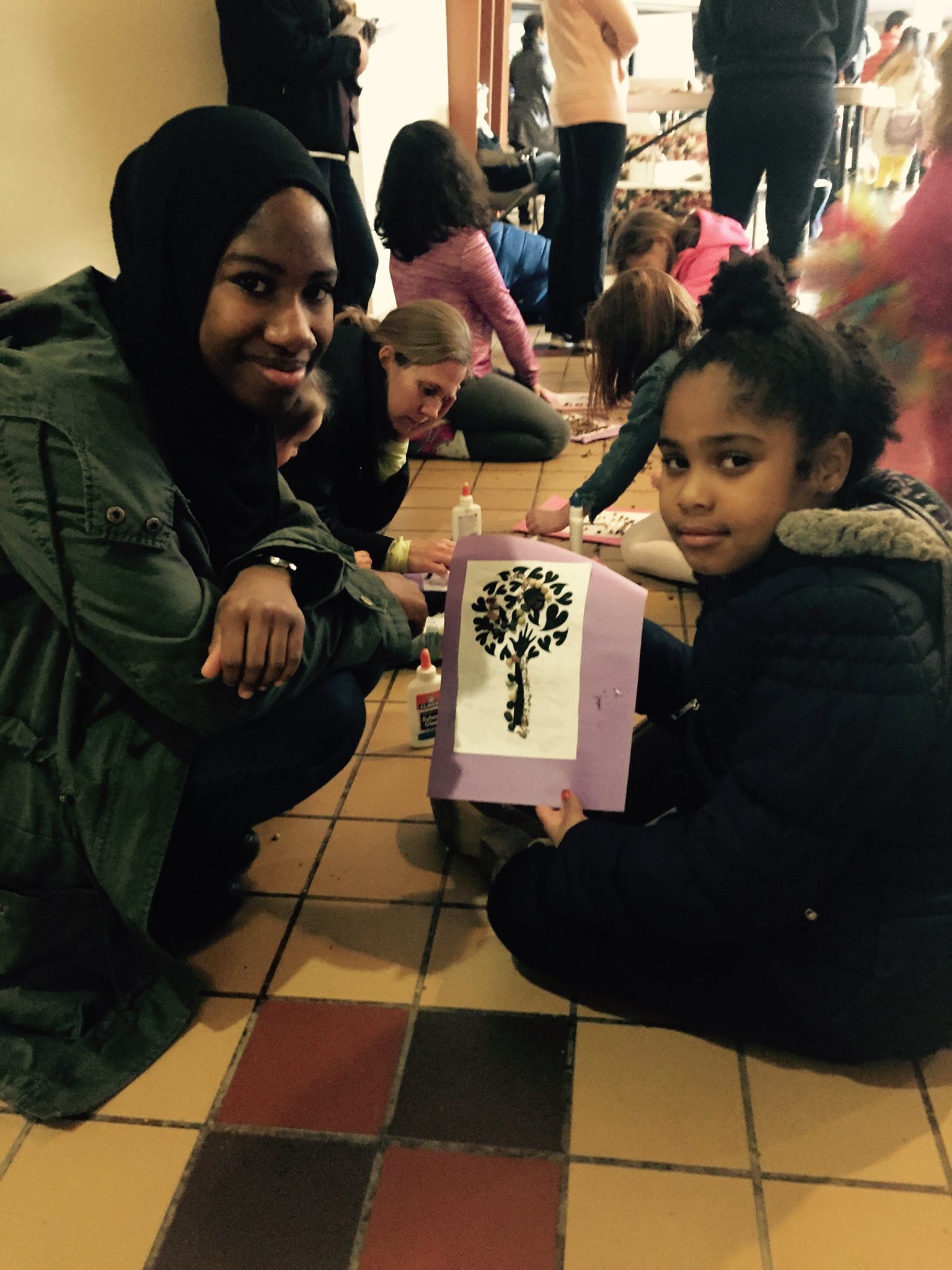 I was a bit sad when I found out that Natalie was going to be managing the program instead of Lauren, but after about a week, I warmed up to her just as I had Lauren. It was refreshing to have a different person in charge, and Natalie introduced different elements to the program for example; work tracks (2016). The work tracks allowed us all to have a different project to work on throughout the summer. In small groups, we did different things ranging from selling produce at the farm, educating the community on Vines, designing perennial gardens, distributing produce, and teaching kids about healthy eating.

In 2015, there were only two returning youth including myself, so everyone asked us questions about what to expect, and how difficult it would be to adjust to the hard work and hot weather. I knew from experience that it could be a lot, but it’s also a lot of fun at the same time. It was nice to be able to share my knowledge with my co-workers. I didn’t expect to learn so many new things that summer. Even with all of my experience there was still so much I had to learn. I asked a lot more questions, and tried to absorb as much knowledge as I possibly could.

I was excited and nervous when Natalie recommended me for the Crew Leader position for 2016. I was never put in a leadership position before, so I wasn’t confident that I would do a good job at it. I was unsure that I could shoulder that much responsibility.

Working with Vines, Grow Binghamton program actually inspired me to study Environmental Science at Suny Broome Community College. I had previously wanted to join the Nursing program, or pre-med biology, but after two summers working outdoors, with other youth, I realized that wasn’t what I wanted to do. I am still not sure exactly I want to do in the future, but now I know what I am actually interested in. The work ethic I had gained over the two previous summers working and volunteering with Vines, helped me remain focused and diligent in my studies.

Towards the end of the semester (spring 2015), I decided that I was confident enough to apply for the Crew Leader position. When I found out me, and one of my previous co-workers, James got the position, I was very excited. I had no idea what to expect from the crew this year, which didn’t include 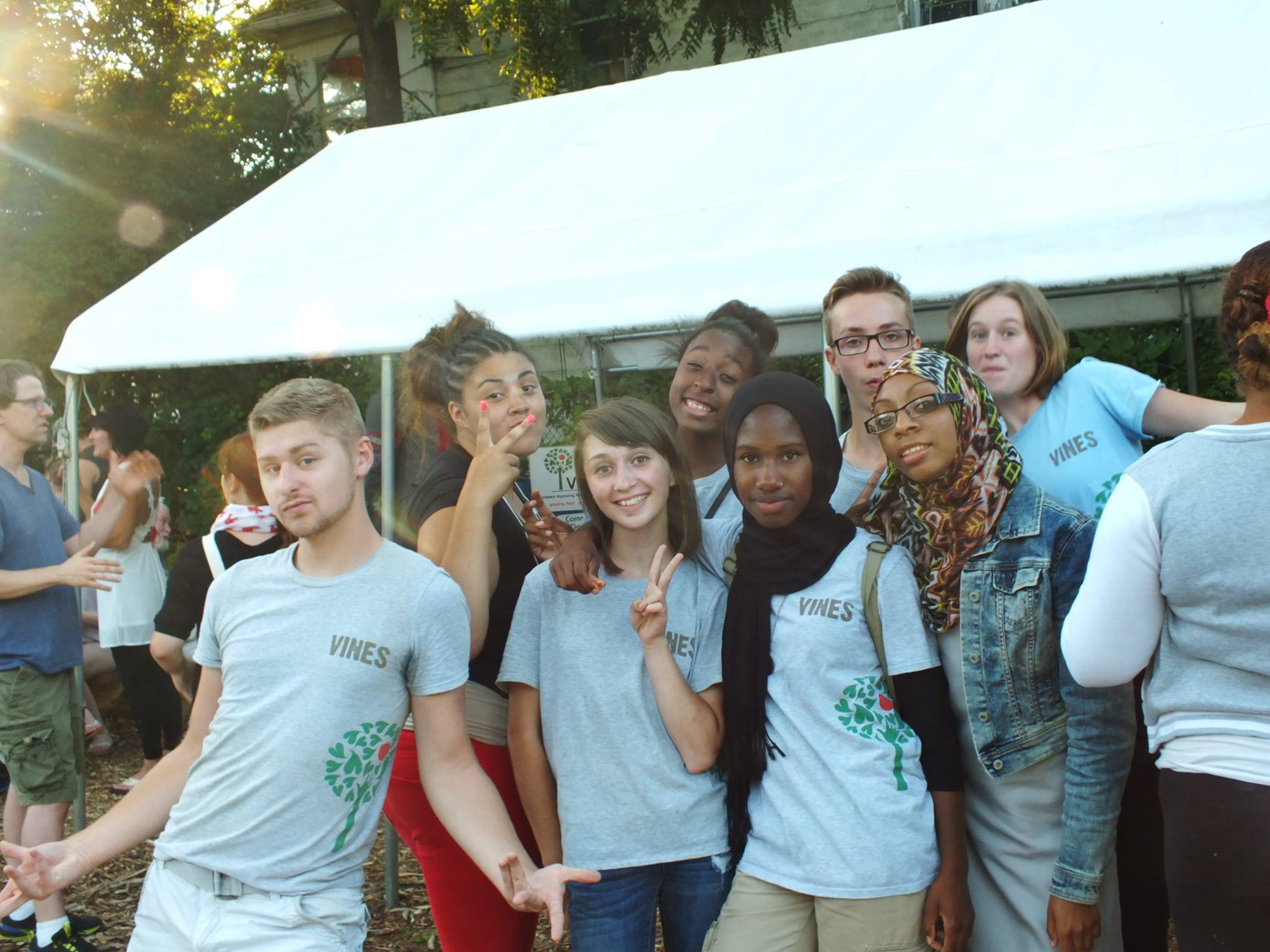 any returning youth. But I was excited for the challenge.

At the beginning of the summer, almost the entire crew was inexperienced in agricultural work. It was challenging at first, but it didn’t take long to realize that everyone had something special to contribute to the team including motivation, attention to detail, strength, efficiency, public speaking, and leadership qualities. It was cool to see them all adjust over time, as well as develop appreciation for the work. We got a lot of work done, gained new knowledge and skills, and also accomplished goals we had set in the beginning of the program.

“…everyone had something special to contribute to the team including motivation, attention to detail, strength, efficiency, public speaking, and leadership qualities.”

The crew leaders met with Natalie every week to go over schedules, activities and feedback over the summer. We shared ideas, expressed concerns, and knew learned what to expect over the next week

Being a Crew Leader helped foster my communication skills and mentor-ship capabilities. I enjoyed connecting, and building relationships with the crew, as well as giving them advice when they asked for it. I came to care for each of my co-workers individually, and am still in touch with most of them now. I’m glad I was introduced to Vines. I’ve learned so much, and met so many people over the years to whom I hope to stay connected. I’m not sure what I am doing next year, but I do know that I want to stay involved with Vines.